An Irish Literary Evening at the Irish College, Leuven

Three of Ireland’s most fascinating writers come together in the Irish college in Leuven for a literary evening of readings and talk.

From Galway, we welcome Mike McCormack whose highly original novel Solar Bones won the Goldsmiths Prize in 2016. In one long, uninterrupted sentence, the novel enters into the mind of a recently deceased civil engineer as he looks back on his work, family and life. Mike has written three more novels and a collection of short stories.

Sinéad Gleeson joins us from Dublin. As radio-host of RTE’s book show and editor of several short story anthologies, she was already a well-known figure on the Irish literary scene before she made her debut with Constellations in 2019. This prize-winning essay collection contains powerful and perceptive essays on literature and the body, art and life.

Our third guest, Paul McVeigh, hails from Belfast. With The Good Son (2015), the coming-of-age story of a boy in North-Belfast, he wrote one of the most moving novels about the Troubles. Paul also writes plays, short fiction and essays and is the co-founder of the London Short Story Festival.

Information and tickets can be found on the Druk in Leuven website and the Leuven Centre for Irish Studies website! 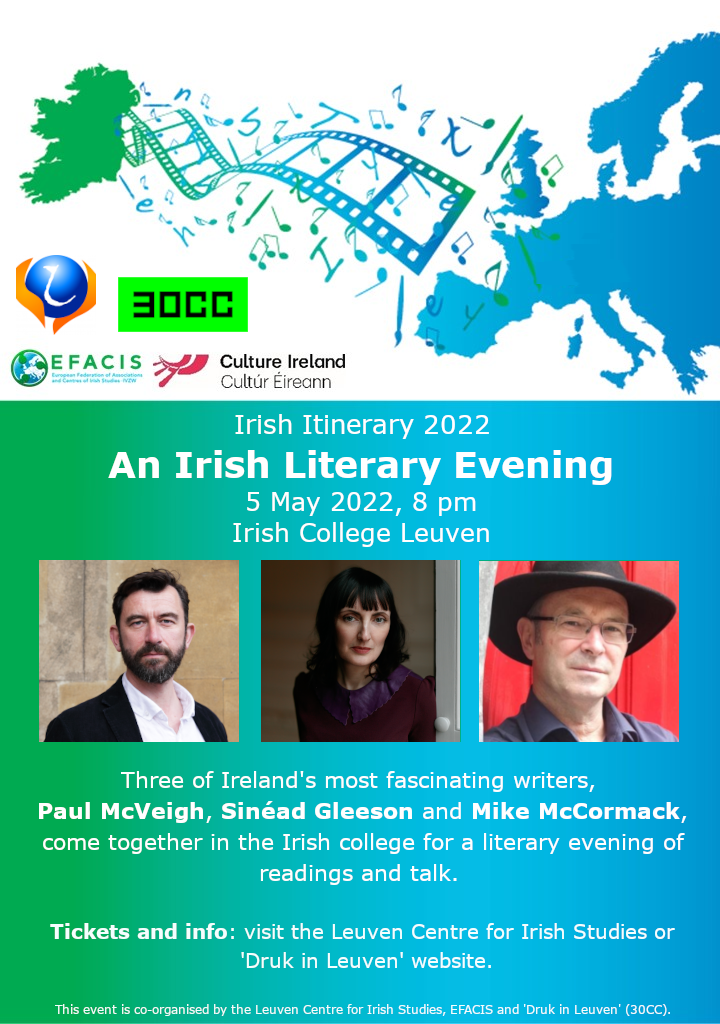