On Friday 2 December the Leuven Centre for Irish Studies launched the publication of The Writer's Torch: Reading Stories from The Bell (2022, Stinging Fly Press), an anthology of eighteen short stories originally published in The Bell, Ireland's iconic mid-twentieth-century literary magazine, with responses from contemporary Irish writers such as Anne Enright, Éilís Ní Dhuibhne and Danny Denton. We were very fortunate to have two of the respondents with us that evening: Nicole Flattery gave a captivating reading of her story "Plaster", a lockdown story about fanatical routines written in response to John Hewitt's story "Mould" that appeared in The Bell in 1952. Sean O'Reilly treated us to a spirited account of his personal connection to Liam O'Flaherty and offered some insightful reflections on O'Flaherty's short stories. Their readings were followed by a drinks reception hosted by the Irish Embassy to Belgium. 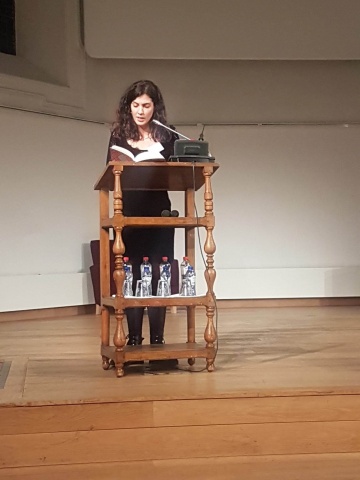