Irish Studies at University of Vigo

The Centre of Irish Studies at the University of Vigo recently hosted the new Irish Ambassador to Spain and organised the 19th AEDEI Conference. 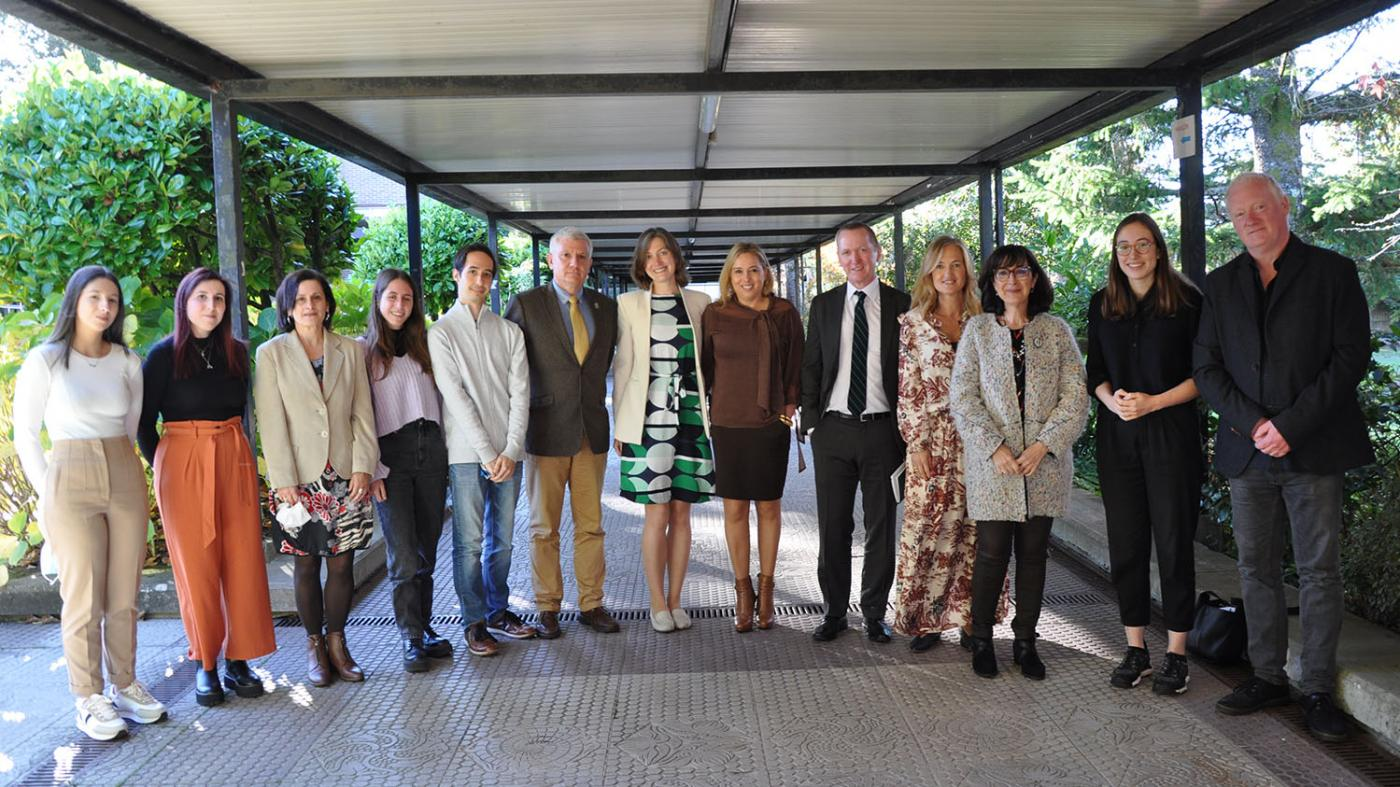 Irish Studies at the University of Vigo involves work on aspects of modern and contemporary Irish writing and on the intimate relationship between Irish society, politics, history, and imagination, and addresses recurring themes in Irish culture such as the shaping of national identity, gender issues, myth and cultural memory, translation and the role of the Irish writer as social critic.

We have hosted numerous poets, fiction writers and Irish Studies scholars within the past fifteen years. More recently, our research has developed mainly in connection with two projects funded by the Spanish Agency for Research (AEI) and the European Regional Development Fund (ERDF), led by M. Teresa Caneda-Cabrera  (PI) with EFACIS partners in the University of Alcalá de Henares, University of Deusto, University of Huelva, KU Leuven, University College Cork and NUI Galway:

- INTRUTHS/Inconvenient Truths: Cultural Practices of Silence in Contemporary Irish Fiction FFI2017-84619-P (2018-2021) focused on exploring how contemporary Irish writers have turned their attention to silenced stories and unrecorded truths which the normative/ institutional discourses have suppressed because of their being “anomalies” diverging from the official truth. The project paid special attention to the ethical implications of these forms of writing which resist (and challenge) the erasure of the inconvenient truths that shape Irish contemporary culture.

-INTRUTHS 2/Inconvenient Truths 2: Articulations of Individual and Communal Vulnerabilities in Contemporary Irish Writing PID2020-114776GB-I00  MCIN/AEI (2021-2024) draws on the impact of silence on both national and personal levels of experience in the narratives we investigated through INTRUTHS, which ultimately foreground the existence of individual and communal forms of vulnerability and also manifest a crucial desire to speak out with a view to heal the wounds inflicted on citizens and society at large. INTRUTHS 2 will interrogate how, in the face of individual and communal vulnerabilities affected by global and local forms of precarity, Irish contemporary writers have responded not merely by reflecting on these conditions but have critically engaged with them, often reactivating communal ties of care and cooperation.